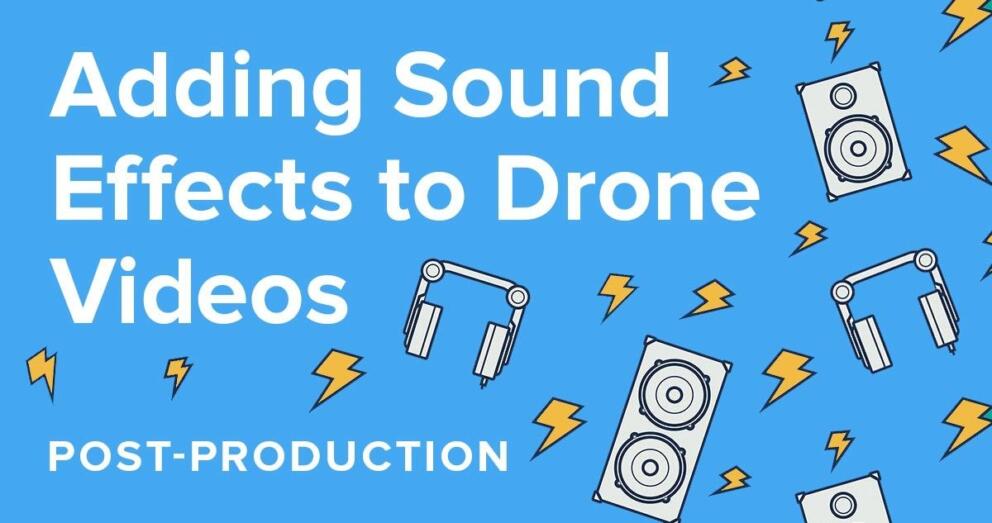 Audio is a commonly overlooked part of aerial videography. Drones don’t pick up any audio while flying - if they did you would hear mostly propellers and muffled wind noise, so we have to add our own audio during post production. Picking the right song to fit the feel of your video/montage is a tough but necessary part of the post-production process, but thoughts on audio usually end there.

In my opinion, the music and sound effects are just as important as the visuals on screen. Music can help guide the viewer and reinforce the mood but sound effects can make the viewer feel like they’re actually there. Take these next two clips for example. The first one has no sound effects, the second has minimal sound effects (I made these sounds louder in this video so they're easier to hear) and the last one is the video with sound and music. Wear headphones if you can.

With sound and Music

I realize I could have just told you to push the the mute button on the first 2 videos, but that would be too easy.

Just adding the sound that you would experience while you were there makes a huge impact with your viewer and makes them feel like they were ripped from their seats and thrown into your footage. The above videos, I just added wind noise and it makes it more believable. If you really wanted to go all in, you could included some far away bird noises for the few shots that you can see birds flying in the distance. I was putting music over this footage, so I thought the distant birds were a little too much.

What kind of sounds do you add?

Imagine that you are the drone, where ever your are flying. The sounds that you hear would be the sounds that you should add. Even subtle sounds like cars driving on the road in the distance far away or slight wind noise. Since these drones are usually moving in the footage, they would be creating some wind noise, which is a handy thing to add.

What sounds do you not want to add?

Personally, I do not like the propeller sound to be most videos. Sometimes it's cool if you're flying by something and want the 'fly-by' sound in there, but a constant buzzing can get annoying to some people. I like to think that the viewer is the one flying through the air - giving them a different perspective one something that they wouldn't have been able to see before.

While adding sounds to footage is helpful, there is a line that takes it too far. The sound of a breeze through trees with a creek beside it is a believable clip -we’ve all been to an area like that and can relate to those sounds. However, if you video in in the city, it wouldn’t be a good idea to add traffic, construction, people talking, etc all on top of each other on your audio track. That can produce a chaotic result if that’s what you're going for - but usually less is more. If done poorly, all that overlapping noise takes away from the visuals instead of adding to them.

The main goal is to create an environment that the viewer can feel like these are the natural sounds coming from the video. When in reality it is a drone that sounds like a swarm of angry bees. :p

Okay, I’m ready to start. Where are the best places to find free sound effects for videos?

You probably have a phone in your pocket, and it probably had a decent microphone on it. My suggestion would be to get some real sounds while youre on location and flying to have your own unique sounds. After you put your drone away, stick around the location and record some sound of the area you filmed it. You'll want to have a pair of headphones to monitor and make sure you're recording only the sound you want. I've used the iPhone Voice Memos app before and it works pretty well. Just be mindful of moving the phone around while you're recording because the phone tends to have some handling noise.

I'm surprised a lot more people don't know about this one. YouTube offers a variety of free music and sound effects that you can use in your videos, thats actually pretty good. The user interface is pretty standard but it gets straight to the point. You can search, browse by category, favorite and download different sound effects. Not a lot of 'related sounds' or 'sounds like this' and the search results can be kind of jumbled up sometimes, but there are great sounds here. 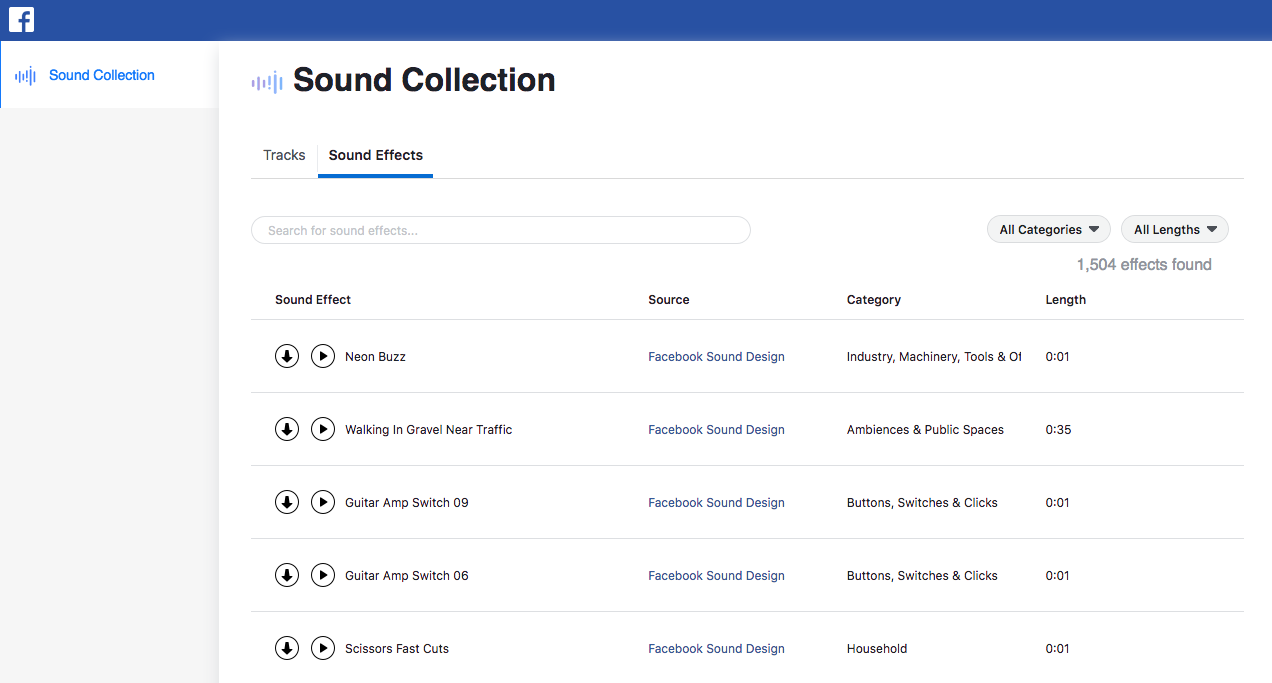 Facebook sound effects is part of Facebook becoming more serious about video. They have a good selection of sounds, but the lack variation of the sound effects can be frustrating. It's hard to use the same sound effects over and over in your videos. Definitely worth checking out for some free sound effects though! 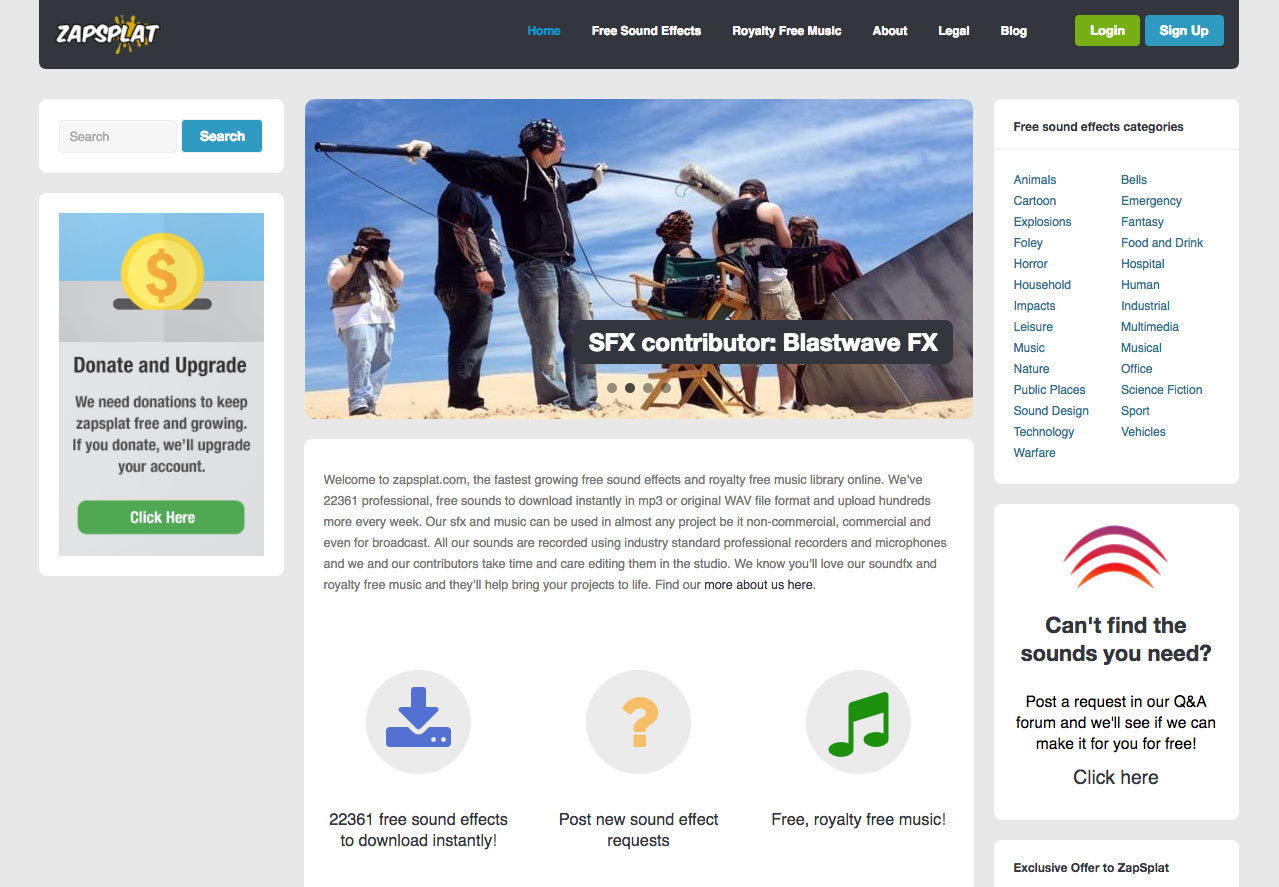 Zap splat offers a large variety of royalty free sounds. They advertise they have over 22,000 free sounds so this is definitely a resource to check out.

This website is a community-driven sound effects site so there is a certain level of sifting you'll have to do to find exactly what youre looking for. While YouTube and Facebook sound effects have great keywords and quality control for their sounds, Freesound requires more searching. Pay attention to file types too. There is no standard file type or frequency on Free Sound so some of the file types/frequencies may not pair well with others and may need to be converted before using together. It requires you to sign up for a free account. 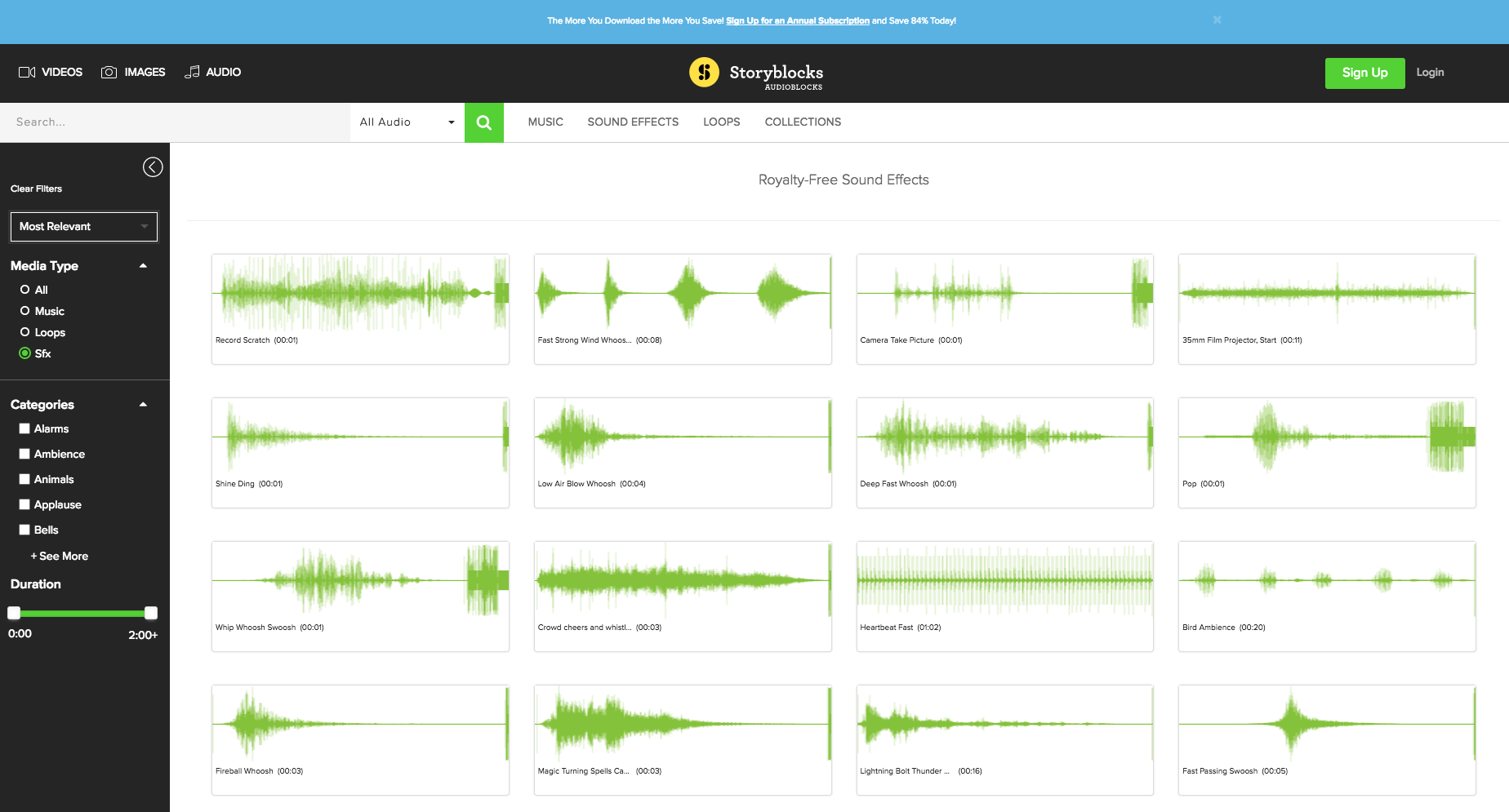 You've probably heard about Story Blocks for their video or stock footage, but they also have sounds and audio too! This is a subscription-based service, but you can try it for free for 7 days by signing up for their free trial.

When it comes to audio, it helps to wear headphones while editing. A good pair of studio headphones/speakers that don't have an equalizer built into them are ideal. Headphones like Dre Beats will sound great while you're editing but when someone with regular headphones or speakers listens to the audio you edited, your audio might seem flatter since the bass was louder on your headphones. The ear buds your phone comes with are better because they're flatter overall, but the best choice is studio headphones/speakers if you can get your hands on a pair.

If you're working with really subtle sound effects of music, it helps to listen to your audio on different devices too. Mostly whatever your viewers will be listening with. For putting videos online, it could be headphones, laptop/desktop speakers and phones/tablet speakers. Getting the right levels and channels for audio on all of those devices is hard! But putting in the extra work to fine-tune your sound effects to your footage will make all the difference.