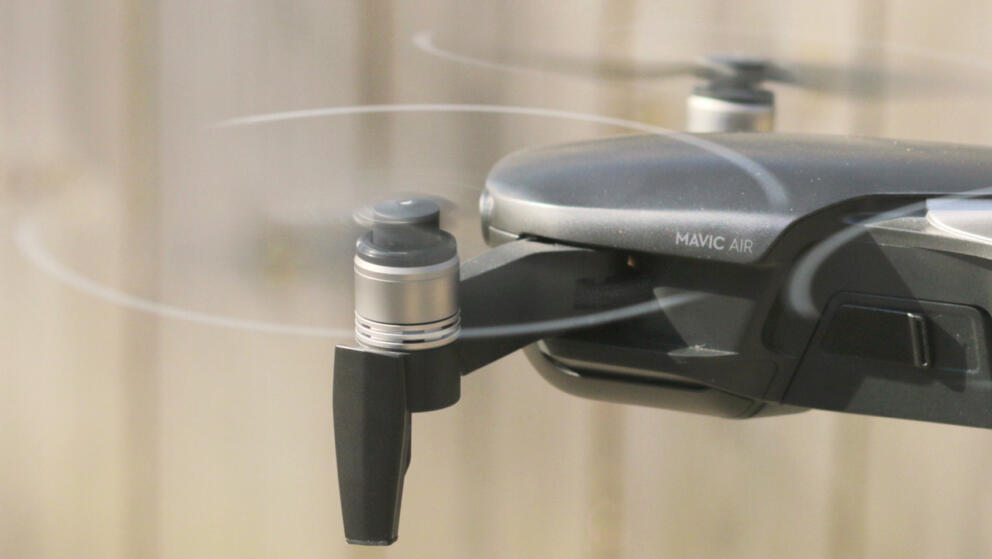 The DJI Mavic Air expands on the foldable drones, gaining gestures and a better camera. The Mavic Air is focused on portability but is able to still achieve great looking 4K video. 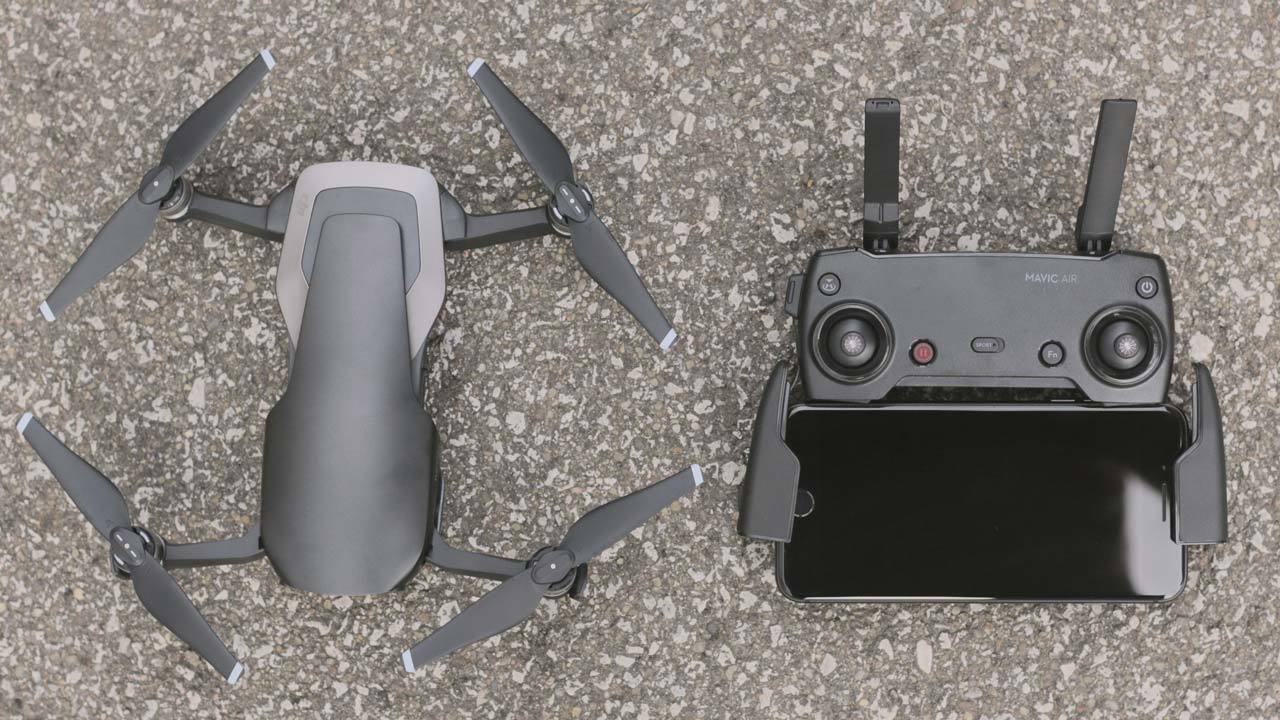 A cool feature that is less stated, is that the Mavic Air battery charger can charge the remote controller and the aircraft at the same time. It takes about 55 minutes to charge a Mavic Air battery fully and the battery will last for 21 minutes of flight time. 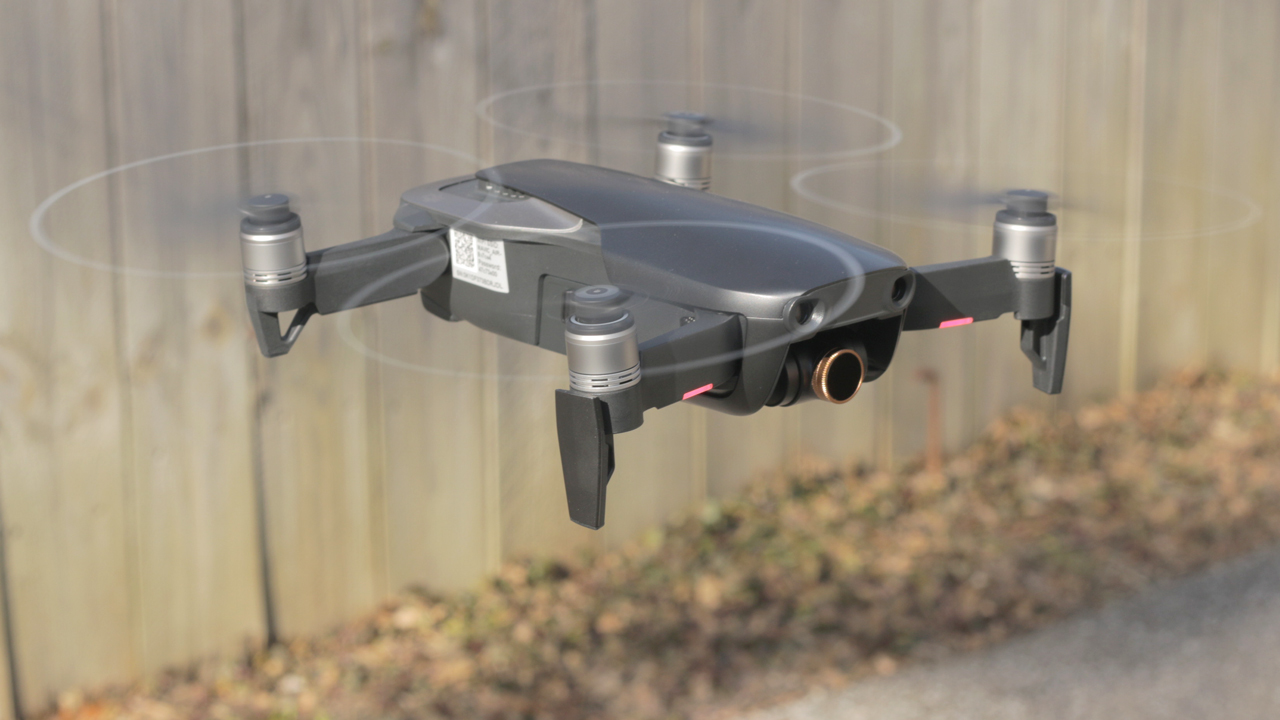 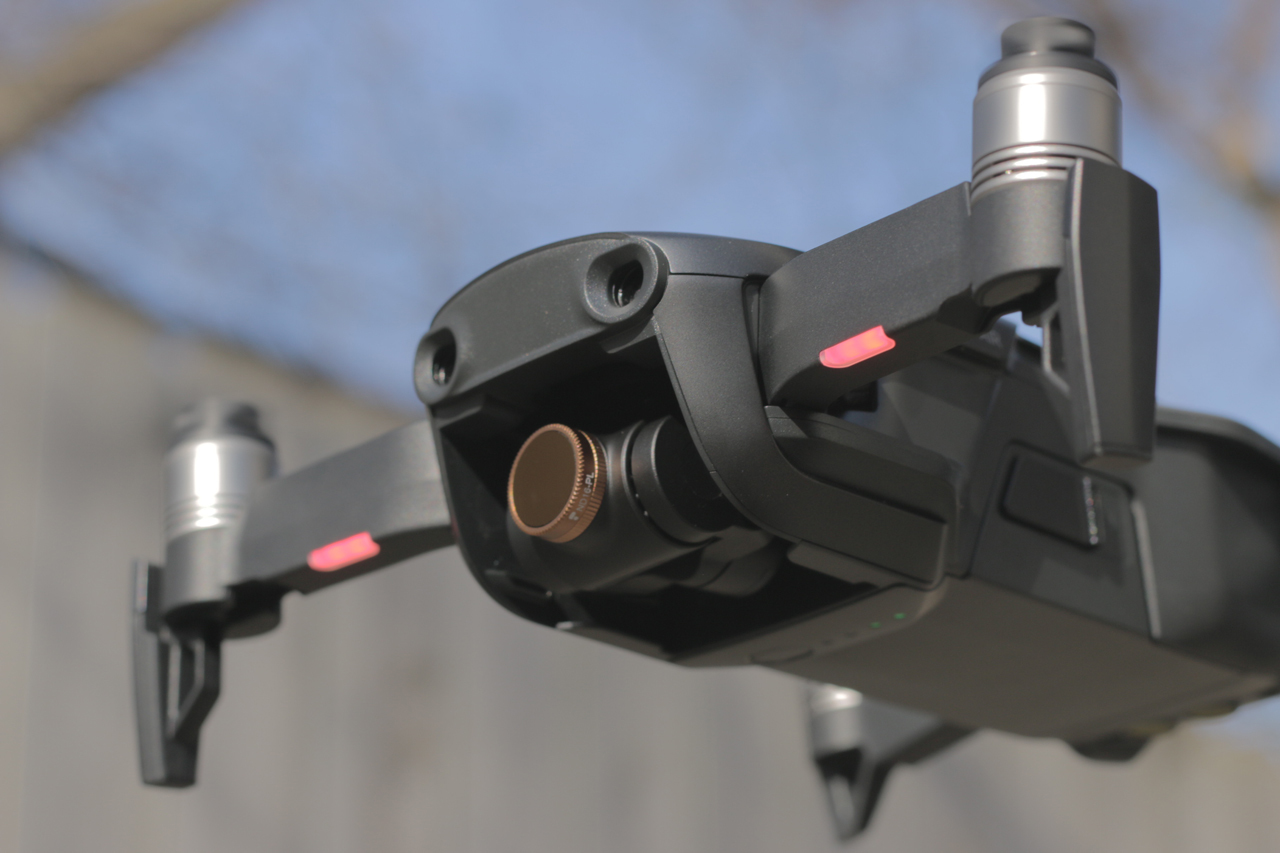 The Mavic Air has a 3 axis gimbal stabilized 1/2.3in sensor, which is the same sensor size as the Mavic Pro, and the Mavic Air is capable of shooting 4K at 30fps - which is good on it's own but I feel like this is becoming the standard for DJI drones. The impressive part is that the Mavic Air can film full HD at 120 frames per second. This is one of the specs that surprised me out of the small drone.

The Mavic Air has a number of different panorama modes.

Vertical: Takes 3 vertical photos and stitches them together.

Horizontal: Takes 9 photos stitching them together.

Asteroid: Starts out taking a video as it backs away from the subject, then once getting far enough away, it takes photos like using the Sphere panorama mode and merges your footage with the sphere so you look like you're flying into 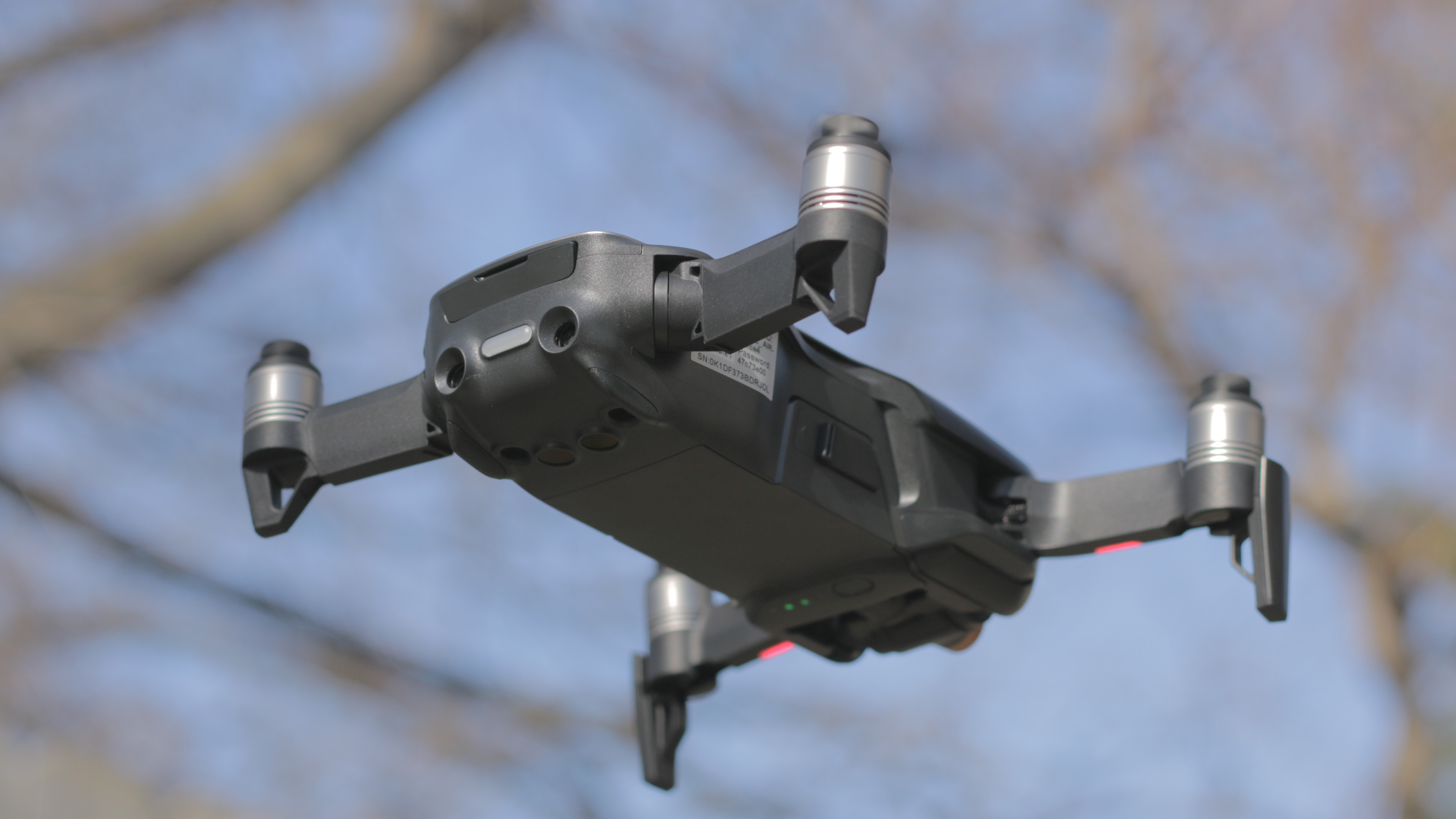 The newest upgrade to the Mavic Air's Obstacle Avoidance is APAS or Advanced Piloting Assistant Systems. When you enable APAS on the controller, the Mavic Air will actively look for obstacles and find a way around them with it's vision systems without coming to a stop like previous drones. This is pretty cool for capturing buttery smooth shots close to objects without stopping and simply flying past them. With this enabled, you're restricted to under 10mph for filming - which is a good thing. It you have this enabled you are most likely flying around objects that are close by, slower speeds are a good thing so you can focus on filming.

The Mavic Air flying in SmartCapture actively tracks its position in space to you and it's surroundings, only letting the drone get 9.8 feet (3 meters) when it's at eye level for more precise gesture controls. It is capable of flying further away than 10 feet, just not at eye level. 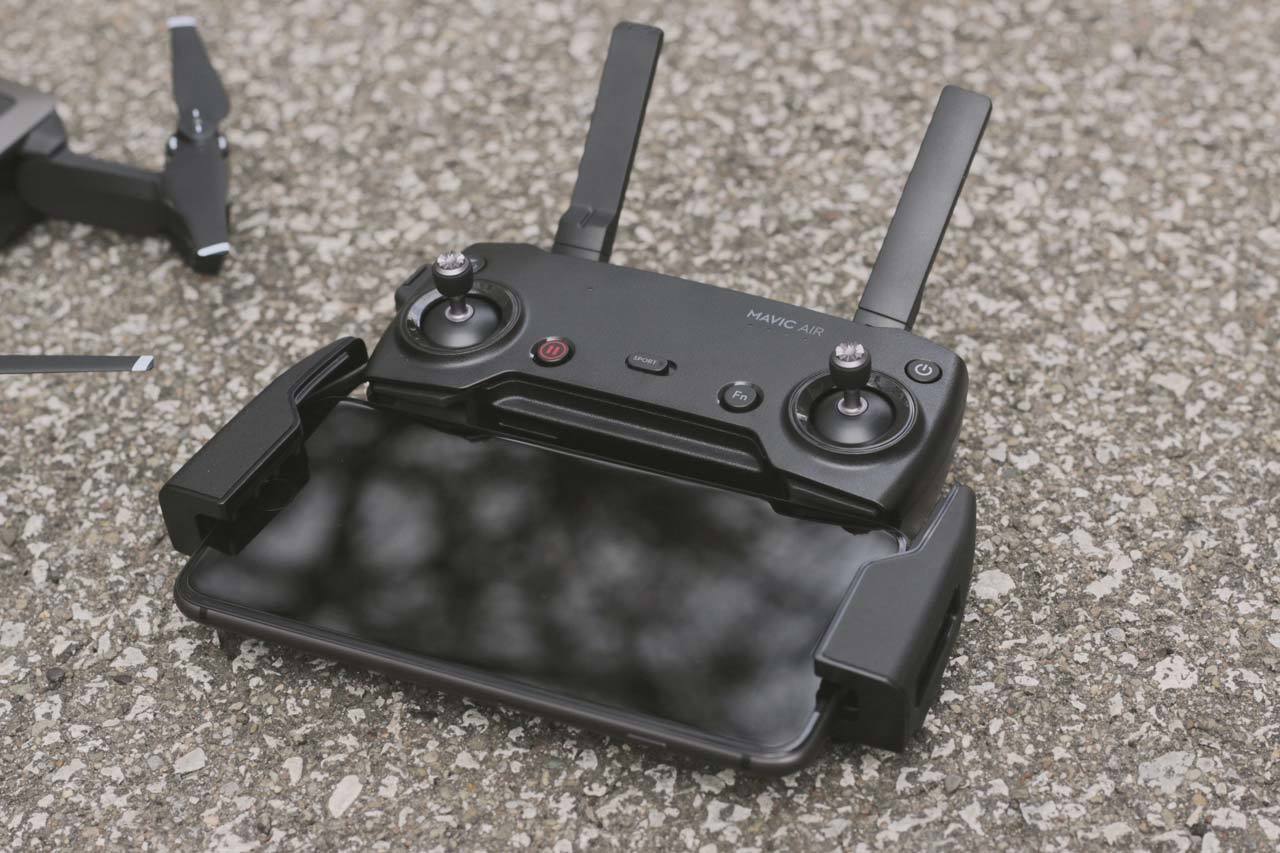 The Mavic Air's video transmission 720p 30fps, using the controller you can fly up to 2.5 mi (4 km), but with the mobile app youre restricted to 50m above and 80m around you. 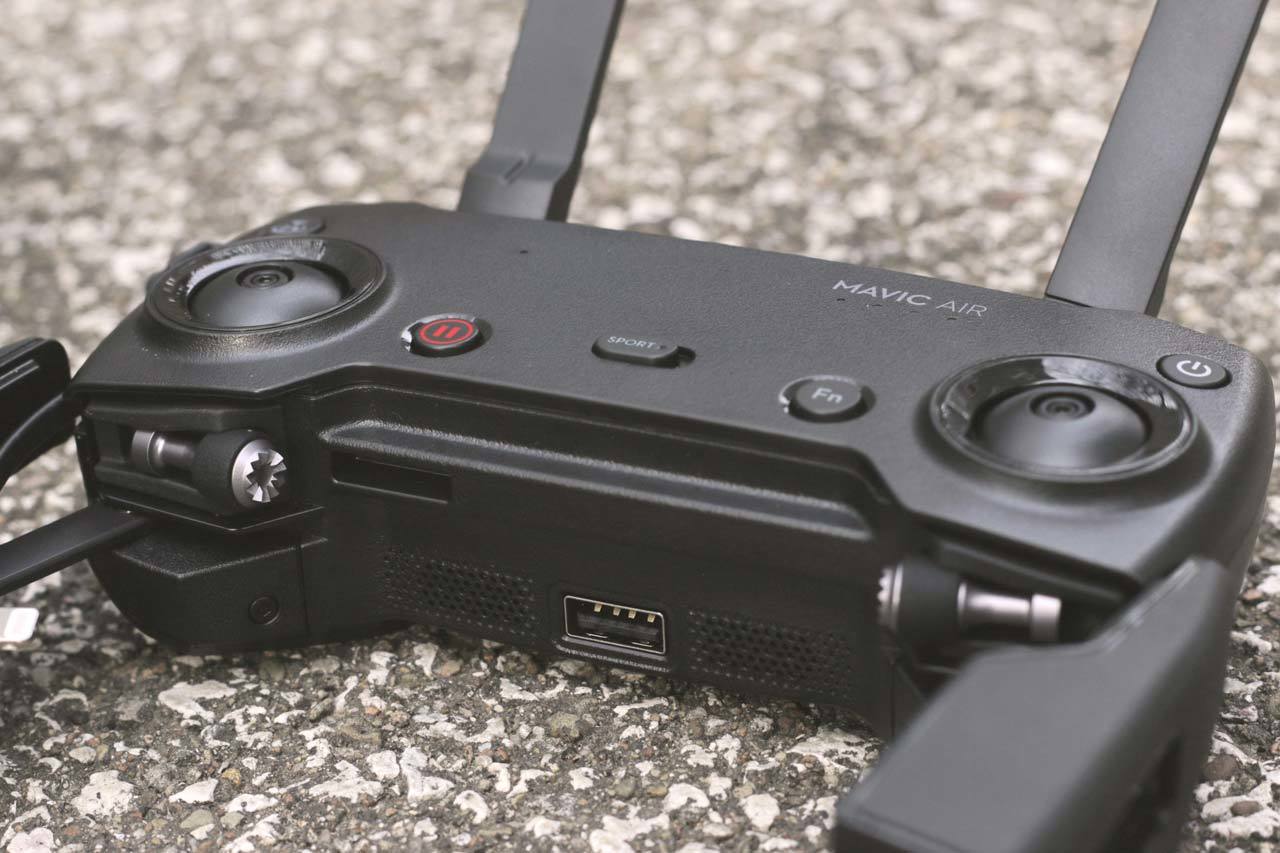 The Mavic Air's remote control battery lasts about 4-5 flights but doesn't have a screen on it like the Mavic Pro. This controller more resembles the Spark controller but with one key extra feature.. the thumb sticks are removable! A really awesome feature which makes this drone even more portable than ever. The thumb sticks can be tucked away into the bottom of the remote controller when not in use for safe travel. 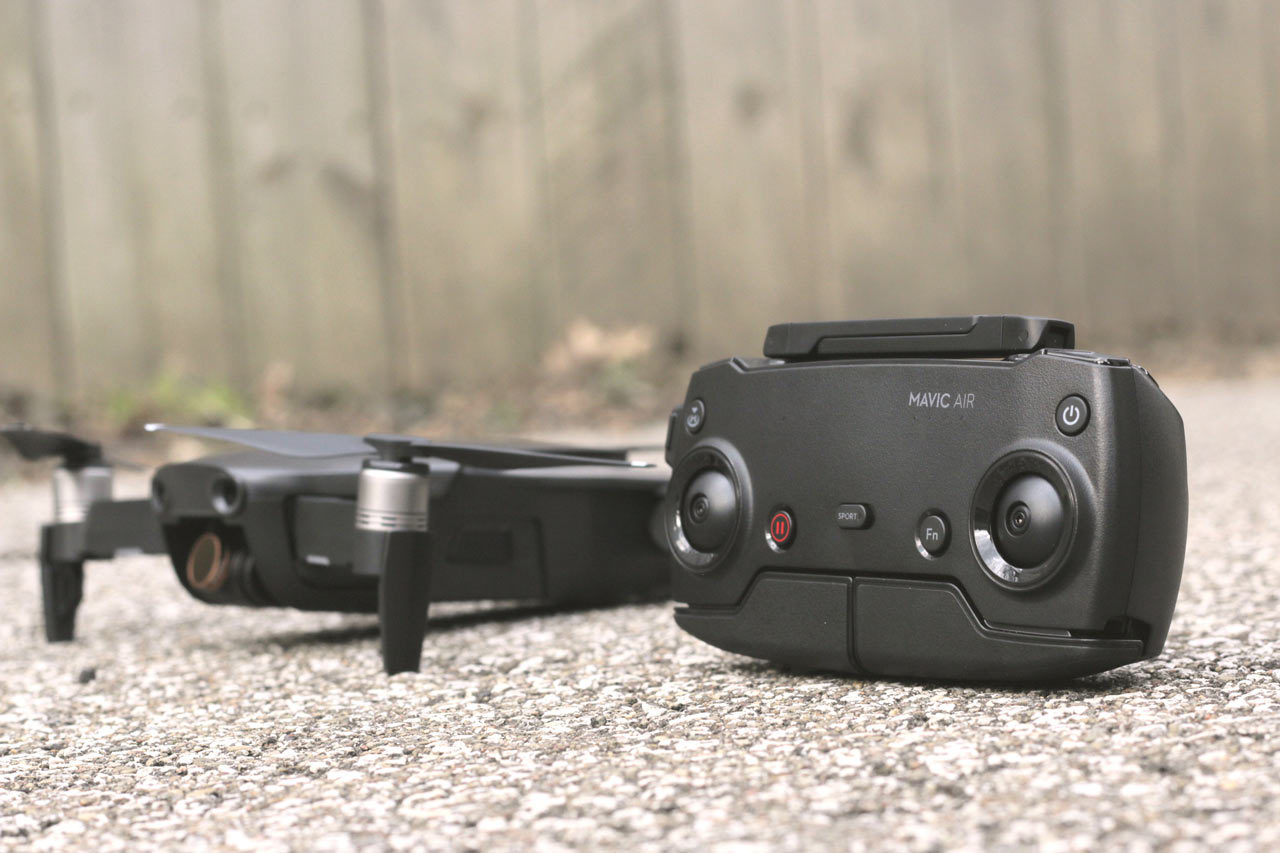 If you prioritize the portability and ease of use over professional image quality, the Mavic Air is the right drone for you. The Mavic Air is capable of getting some really great results with the 4K 30fps @ 100mpbs camera - 40mbps better than the Mavic Pro, in a smaller and more portable package.

I wouldn't recommend using this drone for commercial work around sunrise, sunset or in dark situations. For professional work, I'd recommend the Phantom 4 Pro or Inspire if you're able. That said, the Mavic Air could be capable of professional results in the right environment with a skilled pilot.

Vloggers, YouTubers and hobbiest pilots will love this drone. I love always having my Mavic Air with me - you never know when you'll be out and about and have a great opportunity to capture a moment. The best camera is the one you have with you, and if you're a content creator - this is a great addition to your everyday carry. 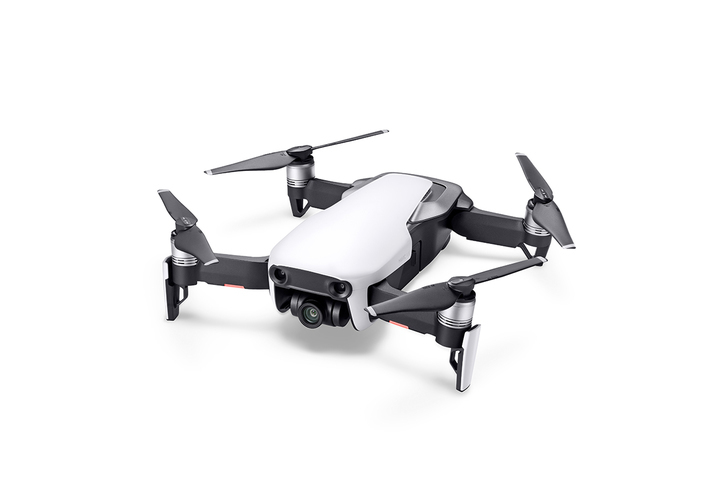