How to Charge the Mavic Air 2 Remote Controller &… | Aerial Guide 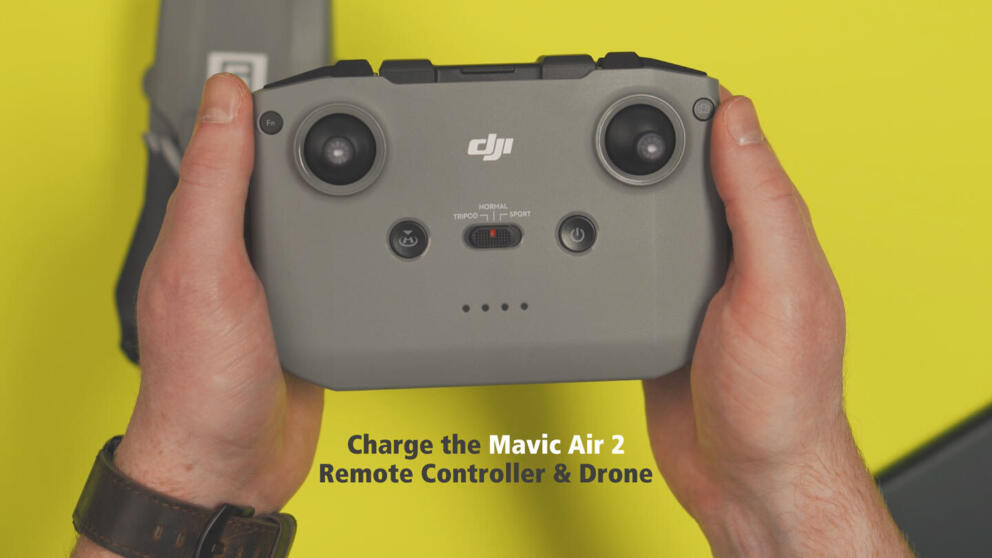 How to Charge the Mavic Air 2 Remote Controller & Batteries

The Mavic Air 2 is the next iteration of the Air series. Mavic Air 2 has a newly designed controller and drone! The new drone shares more design features with the Mavic 2 series of drones than the original Mavic Air. The new design and materials give the Mavic Air 2 a total advertised flight time of 34 minutes in the air!

In all reality, the actual flight time while flying in normal conditions (and not just hovering) is more like 26-28 minutes, which is a lot! It's a BIG improvement over the previous Mavic Air which came in around 15-18 minutes. That's a huge increase in flight time! And you'll notice it while you're flying. This drone seems like I'm not changing batteries as much while I'm out flying at a location.

Charging the Mavic Air 2's remote controller is pretty straight forward, and I'm happy to say that DJI is finally moving towards USB-C connections! This is very exciting because in the past they've used a mixture of USB-C and Micro USB connections. But with the Mavic Air 2, you can charge the controller by using the USB-C port on the bottom. In the box, DJI includes a USB-C cable - but no power brick?

You can use any USB power brick to charge the remote controller from any power outlet, but DJI has also included a USB power port on the side of the Mavic Air 2 battery charger. 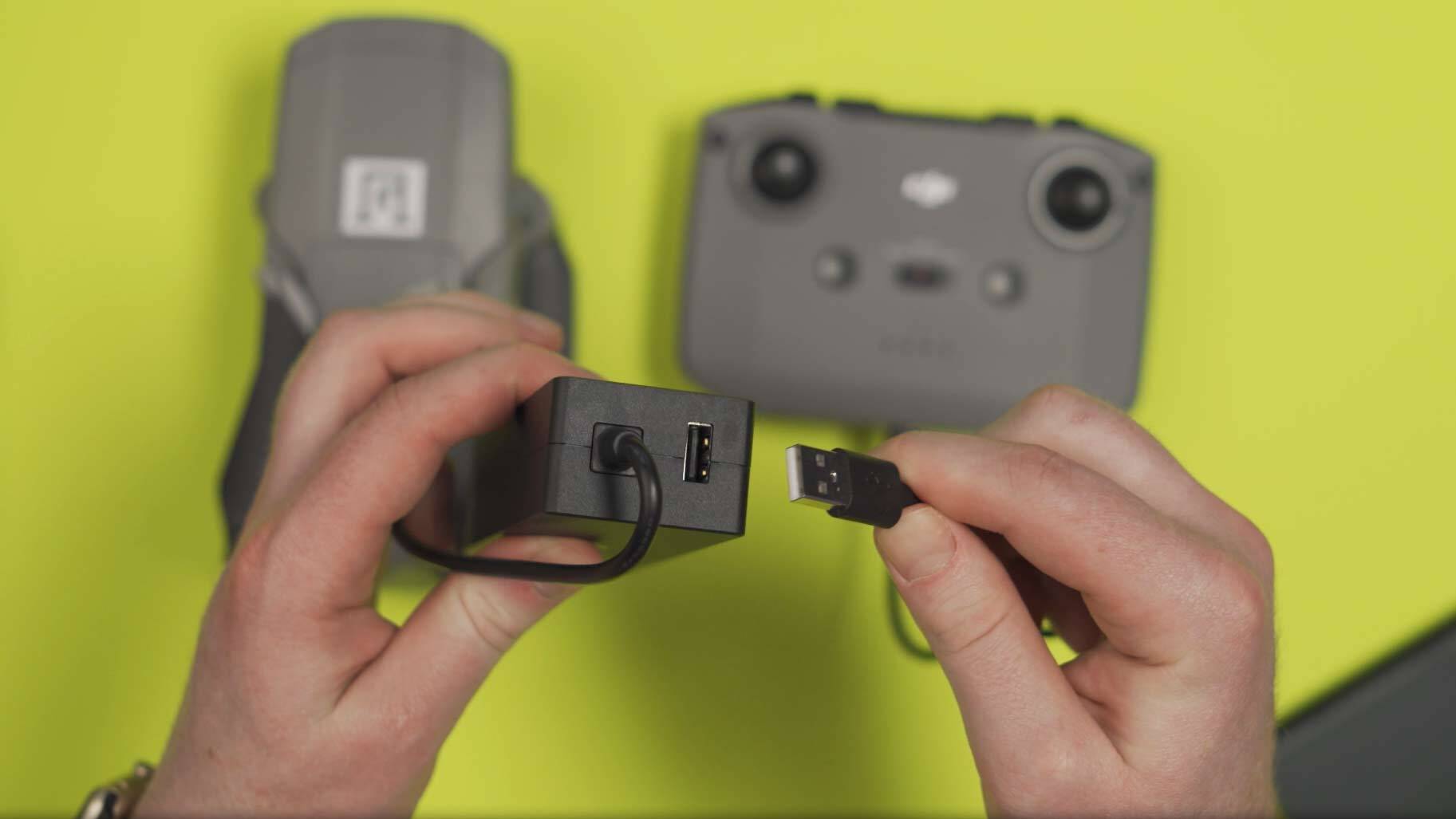 Charge Mavic Air 2 Remote Controller when you're out filming

Another great reason to have a USB power bank, is to charge your remote controller when you're out in the field filming! If you have a long day of shooting, you might need to charge your remote controller while you're filming, and a good USB power bank (or by using the battery to USB adapter) is a great option, by simply using the USB-C cable to plug directly into the bottom!

How to Charge Drone Battery 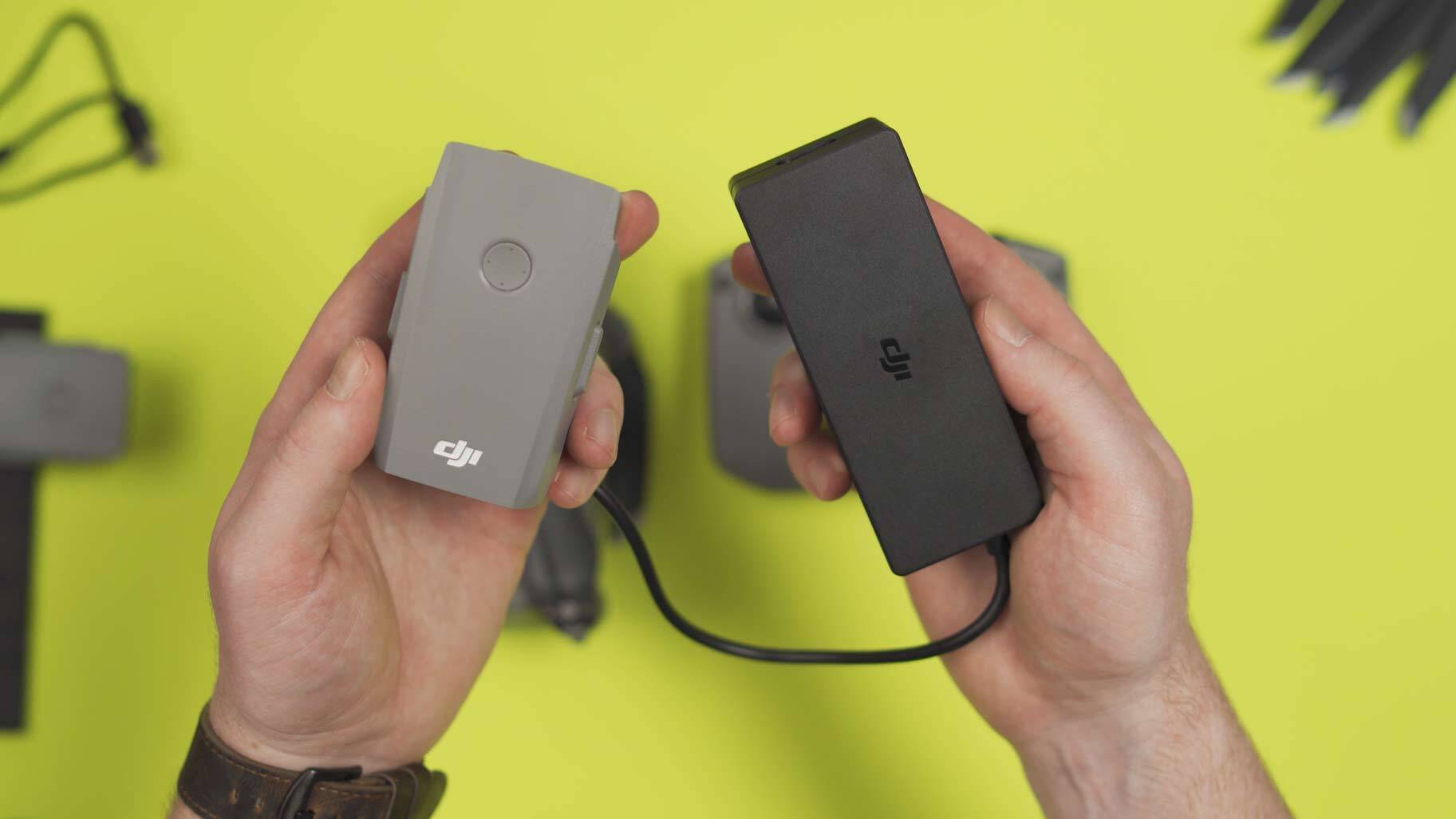 Now that you're able to charge the drone and remote controller batteries, check out my top Mavic Air 2 Accessories for better flights and more cinematic shots!