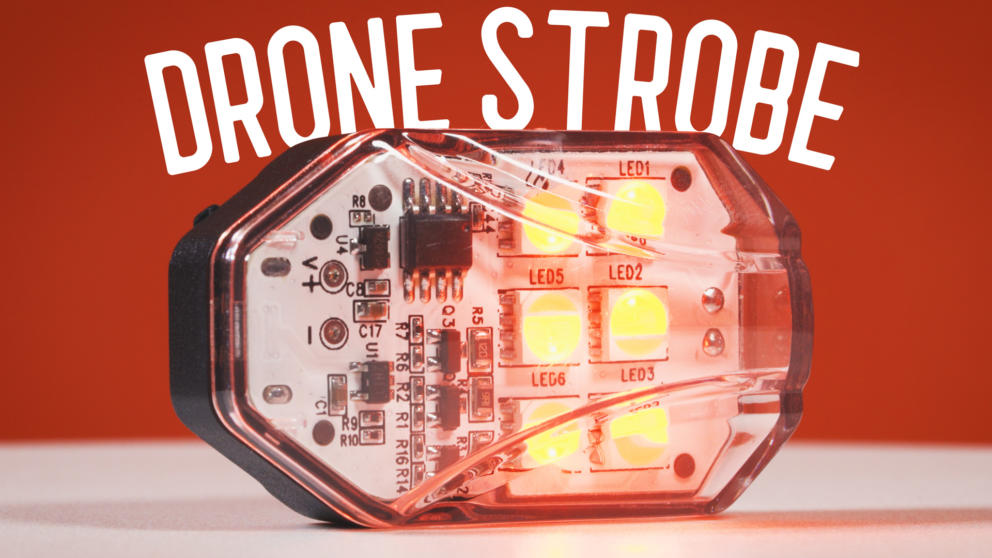 My favorite time to shoot photos and videos with a drone is golden hour right when the sun is rising or setting, but for example, sometimes I want to get my drone in position as the sun is rising so my drone can be in the right place at the right time to get the perfect golden hour shot. Flying a drone during twilight hours, is something I find myself wanting to do pretty often.

In The United States, the FAA declares that flying a drone during twilight (a half hour before sunrise or half hour after sunset) requires the use of anti-collision lighting that are visible up to 3 statute miles away by other aircraft. And just a heads up, the lights that come on your drone are NOT visible 3 statute miles away.

This is where the Ulanzi drone strobe light comes in, as it was developed to conveniently be visible from up to 3 statute miles away, on a clear weather conditions. This drone strobe light features 6 bright LEDs that can display white, red or green light and can display 3 different lighting patterns. You can choose from always on, quick strobing or slow flashing. The drone strobe attaches to your drone using a 3M sticker with velcro on the other side.

That's a big jump, but if you're flying at night in The United States, you'll need a daylight operations (107.29 waiver) that will allow you to operate during those hours - and the waiver is only good for a certain amount of time as well. Rarely will you be flying for more than 2 hours at night, and during twilight (when you dont need a waiver) you'll only be flying for around 30 minutes, because that how long the FAA considers 'civil twilight' to be. So even at the worst case scenario of flying with a waiver at night, this drone strobe light should last the entire flights. And if you're flying for longer, these drone strobe lights are cheap enough ($25 at the time of this article post) you can afford to buy 2 of these lights for the price of others' single lights with comparable specs.

The Ulanzi Drone Strobe light offers a lot of bang-for-your-buck in a drone light. Especially when compared to other strobe lights in it's class. This is capable of being compiant with the FAA's guidelines while not breaking the bank. I actually ended up buying another (more on this if you watch my YouTube video above) to put on the back of my drone to keep better track of it in the sky when flying at Twilight - for the price for a single light of the competitions.

There are some downsides to the light as well though, it's a little large when you compare it to the other strobe lights on the market. That being said, I didn't notice it on my drone when I was flying it on the Mavic 2 Pro. Another con is that if you have medium to large sized hands, you may have to remove the light to operate the button on the back to turn the light on/off and change colors. This is more of a picky complaint from me, but other lights have the buttons on the front that are easier to access.

With all that being said, I'd still recommend the Ulanzi Drone Strobe light! It's a very competitively priced drone strobe light that meets the FAA's requirements!

Check out my YouTube Channel for helpful tutorials, reviews, and tips/tricks videos!