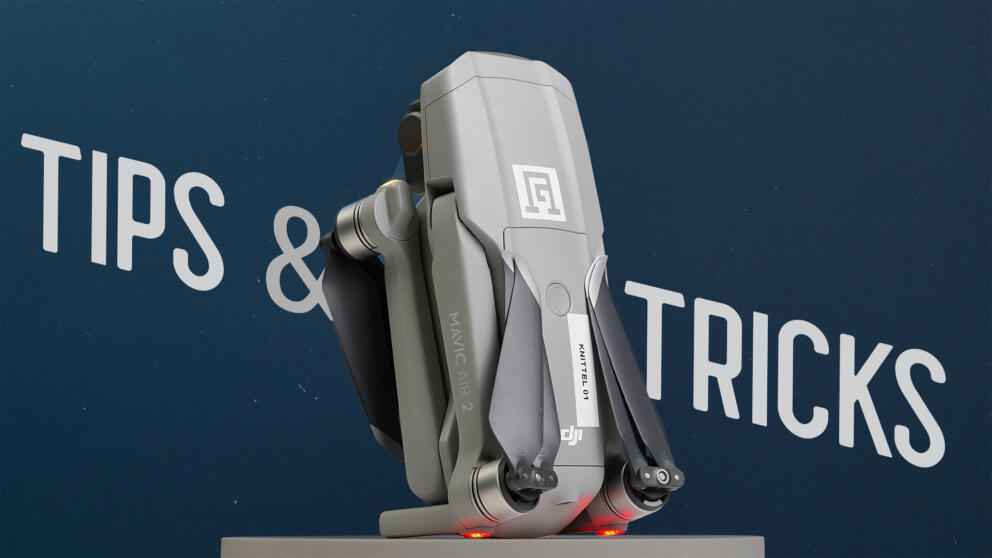 Check out my YouTube channel for more tips, tricks and videos about the Mavic Air 2!

After flying the Mavic Air 2 for a while now, I decided to write down all these tips in my phone while out flying and realized that I had way too much to say about the Mavic Air 2 for one video, so I broke these into two different parts. The first part has to do more with the camera, while the second part has to do with the app, and other smaller miscellaneous tips and tricks.

This is part of my Mavic Air 2 course that includes getting started videos, Printable Preflight Checklist and creative LUT pack. You can enroll for free using the link in the description.

The 1080p, however, is pretty grainy and aliased if you're not shooting in ideal lighting situations. Shooting in slow motion is typically reserved for special situations like capturing action that you would like to slow down in the frame - but the 240 fps could use a bump in bitrate to have the footage look a little more crisp. That being said, it's still pretty nice to have the ability shoot in 240 fps. I would only use the 240fps in very bright locations in special circumstances, adding a higher ISO with this is a recipe for grainy footage.

2. Know When To Use HDR, And When To Shoot Regular Video

My second tip for the Mavic Air 2, is to know when to use HDR video, and when to shoot regular video. A huge update to the Mavic Air 2 is the HDR video, and you might be tempted to shoot in HDR video all the time - but In my findings, HDR video is best suited for high contrast scenarios and have bright highlights and dark shadow. Preserving the highlights and shadows to have more dynamic range in your image is the entire reason to shoot in an HDR mode in the first place. Another reason is if you'd like to film and immediately post your footage online without any editing. Keep in mind that at the time of this recording, HDR video is an auto mode, meaning you can't adjust the shutter speed, ISO, etc. You can adjust the exposure value, but the settings are automatically chosen for you.

The brilliant colors of HDR mode is pretty great, but if you're like me, and want to color grade your footage to get a certain look to your footage, you'll want to film with just regular video and select the correct color profile, camera settings and color grade the footage yourself. Of course, this is more work - but you'll get an overall better final image. Which brings me to my next tip...

3. Use D-Cinelike If You Want To Color Grade

Like I said in the previous tip, if you're going to be posting to instagram without any editing - use the normal profile with manual settings or the auto HDR mode, but to get the best results out of this drone, you're going to want to shoot normal video, using Cinelike and manual camera settings.

The nice part about Cinelike is that it isn't a completely desaturated profile like LOG, it kind of feels like a hybrid between log and normal so it's easier to color grade, but you still get more room to edit with.
Speaking of hybrid, this camera doesnt have the HLG profile, or hybrid log gamma. Hopefully DJI is just saving this profile for the pro versions of the Mavic. If you’ve stuck around my channel for a while, you’ll know HLG is my personal favorite profile to shoot in. I’d love if DJI added it to the Mavic Air 2 with a firmware update.

4 Use the FocusTrack modes

My fourth tip for the Mavic Air 2, is to use the FocusTrack Modes. The focus track is a great step forward to flying and tracking moving or stationary objects. As of right now, FocusTrack consists of ActiveTrack 3.0, Point of Interest 3.0 and Spotlight 2.0. I have the most experience using the ActiveTrack, in ActiveTrack allows you to select a subject, and the drone will fly with the subject and keep them in frame. You can fly manually around, but the drone will always keep the subject in frame.

I was most interested in FocusTrack with ActiveTrack mode, so my parents and I went out fishing one evening and I was flying behind the boat. At first, I was flying manually for a while, then decided to see how see how FocusTrack could keep up. With the Mavic Air 2, I was blown away at how easy it is to enable FocusTrack, as well as how well the Mavic Air 2 kept up with the moving boat, even flying into a headwind.

FocusTrack with Sport Mode enabled was able to keep up with the boat traveling from 15-20mph, while there were winds of 5 miles per hour, with up to 10-15 miles per hour gusts. I was able to fly far away and come closer to the boat with ease and the drone kept the boat in the same position in the frame.

This mode takes some getting use to and you still need to be mindful of your flying to keep the drone from producing jerky footage. This isn't a complete autonomous cinematic flight mode, but it's pretty dang close.
Spotlight is another FocusTrack mode, where the drone stays in one place and follows you with the camera. I found this produced really jerky movements and stayed away from this flight mode for the most part.

The Point of Interest mode was very helpful though. If you're filming an object that isn't moving, Point of Interest allows you to get some pretty dynamic and creative shots with ease. The Mavic Air 2 will adjust the pitch of the gimbal based on how high or low you're flying relative to your subject, and the gimbal will automatically follow the subject regardless of the direction that the drone is flying. If you fly slowly, the drone is capable of picking up some pretty smooth and cinematic-looking shots. I can see this mode being very useful for real estate photography. One thing I found out here though, is that if you try to fly directly over your subject, the drone will to turn around and keep the subject in the frame, it will come to a complete stop over top of the subject and not move beyond it. Not a huge deal, but one thing to keep in mind.

Another drawback to these modes is that they’re not available in 4K 60 or 1080p at 240. For higher frame rates, you'll have to fly in full manual, which you should be able to do, it's just a little more difficult to get a smooth shot.

My fifth tip for the Mavic Air 2 is to shoot 48MP stills and always shoot in raw + jpg. In my comparisons, I’ve shot the same subject side-by-side and the 48 mega pixel images blow the 12 mega pixel out of the water. The 48MP stills take full advantage of the entire sensor, while the 12MP only uses 1/4 of the sensor. Some of the shooting modes won’t allow you to shoot the 48MP stills, like smart photo, but if you’re shooting single photos - shoot in the 48mp option.

Also, shooting in the JPG + RAW option will give you the most room to work with the image when it comes to post production. You should always be shooting in Jpg + RAW with every camera.

FPV mode allows your gimbal to follow the movement of your drone. The default mode for the Mavic Air 2 is Follow mode, this is the normal mode we’ve all become use to with DJI drones. Follow mode keeps the camera straight and level with the horizon, regardless of how your drone is flying. Once you put your drone into FPV mode, the camera will follow along the pitch of your drone and allow your inputs. This allows for some interesting angles you can’t get with Follow Mode.