How to Shoot FPV Footage with Mavic Air 2 | Aerial Guide 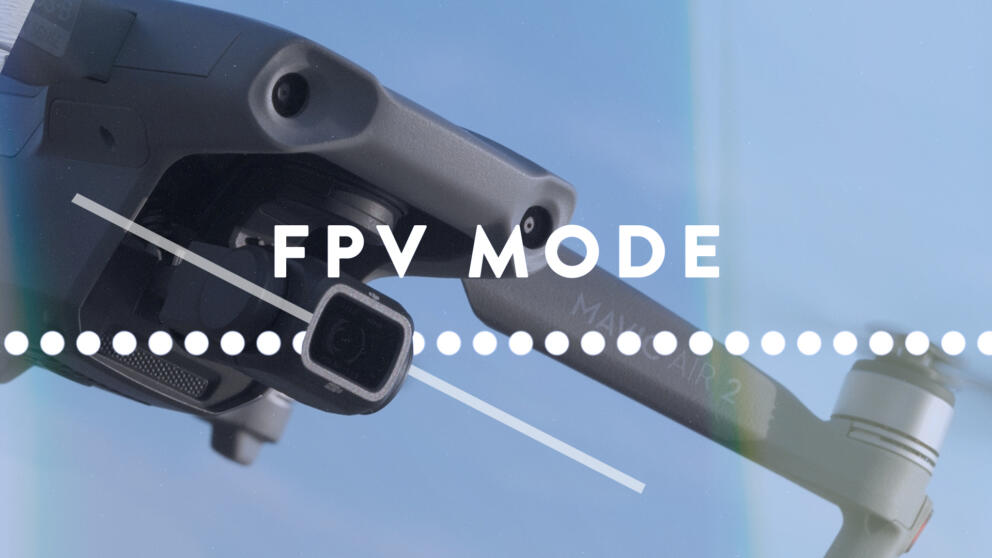 How to Shoot FPV Footage with Mavic Air 2

By default, the Mavic Air 2 is really good at hovering and flying straight, but when we enable FPV mode - we're allowing the camera to follow the movement of the drone. This results in more visible rotations and a really dynamic and stylized look to your footage. For true FPV, you're going to need to build an FPV drone from scratch, but we can emulate some of those movements with our Mavic Air 2 with some settings tweaks and a little courage. Okay, this is going to require a lot of courage.

If you're used to flying in the normal "Follow" mode, I wouldn't recommend flying close to objects in FPV mode for the first few sessions. FPV mode is a different beast and judging distance, especially braking distance, is pretty difficult. There is a reason the true FPV drones are designed to be built, broken, re-soldered, and flown again. The Mavic Air 2 isn't designed to do that, if you break it once you're probably going to have to send it into DJI for replacement. So on that inspiring high note, let's learn how to get the best results from our Mavic Air 2 in FPV mode.

How to shoot FPV Mode with Mavic Air 2

The first step to flying in FPV mode is enabling it. In the menu, control tab, switch the Gimbal Mode to FPV mode. The default mode is Follow Mode, switching this setting will allow the gimbal to match the movement and rotation of the drone in the air. Like I said earlier, the Mavic Air 2 is really good at hovering and flying straight, so we'll have to be constantly moving the sticks to turn the drone while were filming. That's what the mode is all about, after all!

Based on what resolution your project requires, setting the drone to the highest frame rate will allow more margin for error while you're flying. The drone will always default back to straight and level flight, so if you're having trouble constantly flying at an angle and changing directions, you're not alone. Increasing our frame rate will allow us to slow our footage down and it will seem like our FPV clips are lasting longer than they actually are. Slow-motion is as close to cheating as you can get with this unforgiving mode. The downside to slow motion is that you're going to lose that "fast" feeling that is often associated with FPV mode. 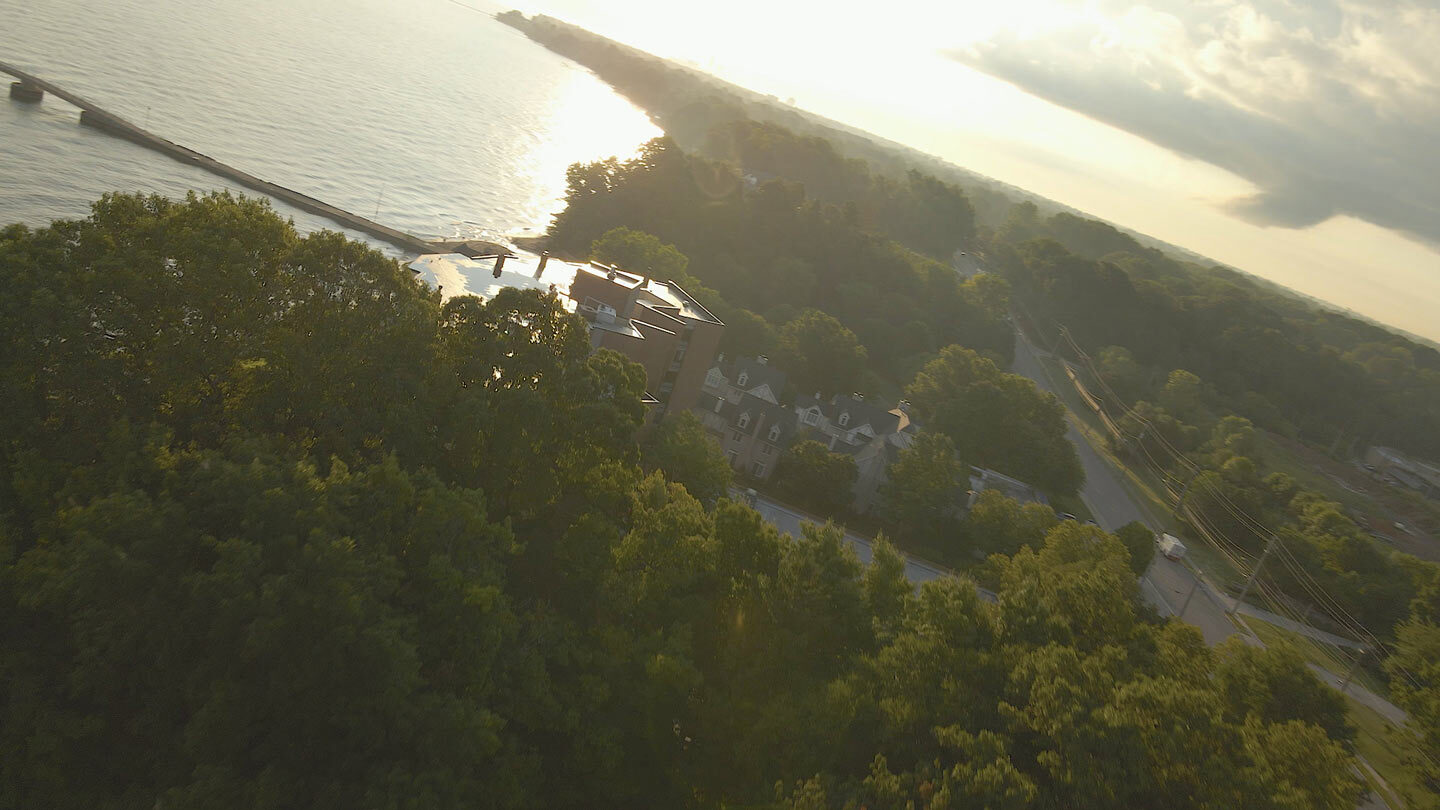 Shoot in 24fps and crank your shutter speed

If you're looking to have cinematic, real-time, flowing FPV footage - you're going to have to spend some serious time on the sticks controlling your drone and dialing in your movements. That being said, I'm a huge fan of FPV drone footage and huge respect to you if you can do that with a Mavic.

Tilt the camera while flying

On thing that FPV drones don't traditionally have is a mechanically stabilized gimbal that can tilt. Tilting the camera in FPV mode is kind of a pro mode since you're going to be flying blind for some time. However, the dynamic footage you create if you can nail the technique makes it worth it. Flying close to yourself and keeping the drone easily in sight will help gain more confidence here.

Again here, the Mavic Air 2 wants to fly straight and will do so if you let off the controls. It's important to fly with the drone at all times to achieve the FPV effect. Making large, sweeping turns can help for longer clips, while shorter "S" curves can help you with shorter clips.

Don't point the camera straight down, unless you're flying aggressively.

Pointing the camera straight down for the whole shot wont envoke that FPV "Feeling".The FPV effect is best made when you can see the horizon or subjects shifting around. 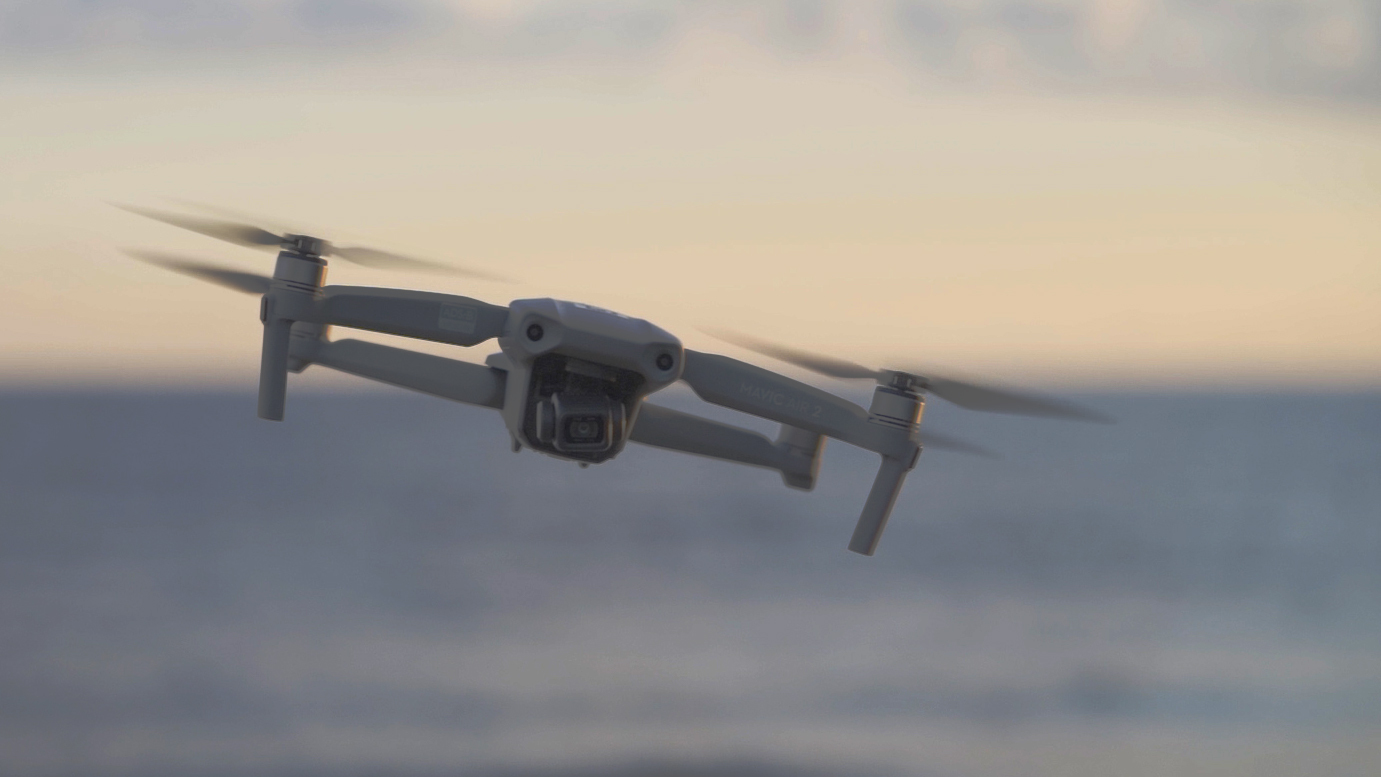 Gimbal in Follow Mode, notice it's staying level with the horizon

Flying low and moving in an "S" pattern

Constantly being on both controls will get the best FPV footage.

My two favorite shots are:

Increasing altitude, close to objects, sweep the drone to reveal the subject. If were using both controls, gaining altitude and turning the drone while flying either right or left will create a nice "sweeping" shot that you can compose to reveal your subject, or fly along side your subject.

Another one of my favorite shots is to start high, and decrease altitude while making turns in-between objects. FPV-ers do this on mountains and call this mountain surfing. I don't have any mountains near me to do this, my Fiance and I we were suppose to take a trip to The Alps this year and I was going to try to not crash my drone there. Thanks to covid, this was shut down.

Set the drone to Sport Mode, turning off all sensors and increasing the speed

This will allow you to get faster footage and the drone will take corners much more aggressively. The drone will be harder to control, but will also be more unforgiving if you get yourself into a bad situation.

The Mavic Air 2 isn't designed to be an FPV drone, but it can still give you a pretty good results from a drone that was designed to be a normal drone if you use the correct techniques and settings. This was totally a gateway into real, custom-built, FPV drones. I've always wanted to build one, but after flying the Mavic Air 2 in FPV mode it makes me really want to bite the bullet and build one.