How to Hand Launch and Land Your Drone | Aerial Guide 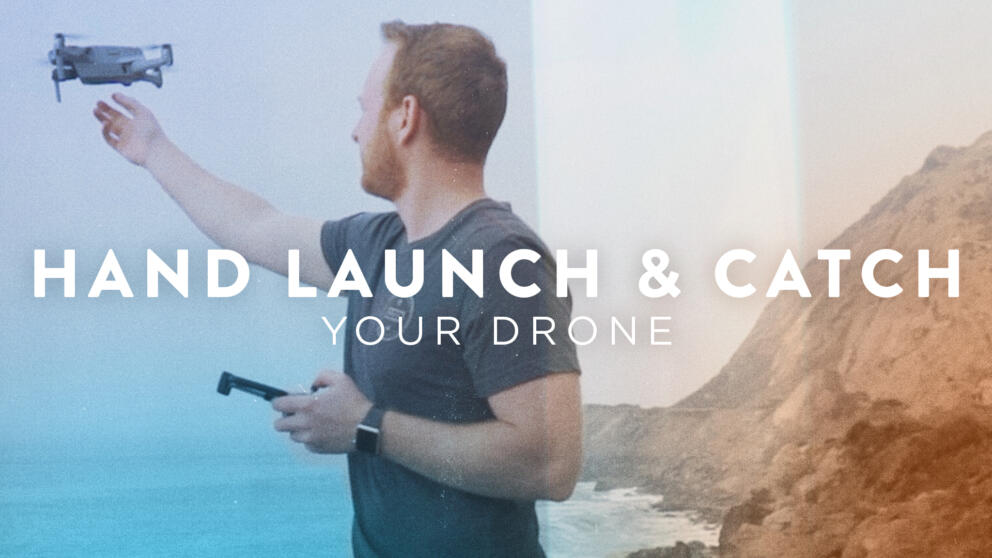 How to Hand Launch and Land Your Drone

Since theres a lot going on with hand launching and catching, you're going to want to make sure you in an open area without obstructions around you while taking off. This is true in general, but since you're likely to be paying more attention to your screen and drone, having a wide open space will make this an easier process.

A good rule of thumb when you're first starting out is to keep your elbow locked. This will ensure you’re not allowing the propellers spin too close to your face or anyone around you. If you want to be extra careful, you can try to keep your elbow close to your ear, that will ensure that you're keeping your drone as far and high away from you as possible. After you launch and land a few times you'll find whats comfortable for you, but higher and farther away from you is always better.

How to Hand Launch Your Drone

The first rule of hand launching, is always keep your fingers away from the propellers. You don’t want to grab and wrap your fingers around the drone. Minimize the risk of cutting your fingers on the props, and only hold the bottom of the drone. If it's windy, I'll barely pinch the very bottom sides with my thumb, index and middle fingers while taking off or landing to ensure it doesn’t tip over out of my hand.

To launch the drone, press the both of the sticks to the middle center, or even easier - use the take off button on the left hand side of the screen. When the drone begins to take off, let it fly out of your hands, and fly straight away from you a few feet.

How to Hand Land Your Drone

When you’re landing the drone, bring the drone back to you and fly about 5 feet overhead. Put your hand directly below it, and press the left stick down. If you have a model with downward facing sensors that are enabled, your drone will pause a few feet above your hand while you’re landing, but if you keep holding down on the left stick, your drone will then landing as usual and land in your hand. Again, keeping your arm away from you until the props are done spinning.

I'm not a fan of using the land button while hand catching, if you're landing with the land button and a gust of wind slightly moves your drone, you can simply let off the stick or fly up to reset your landing. Using the automated land button here doesn't make it as easy to correct any drifts if they should happen.

The last time I hand launched my drone, and the reason this video came to mind to make, was that I was unable to launch facing downwind because we were on a boat where space was limited and I had to take off from that side of the boat into the wind. I knew I was taking off into the wind, and had to fly quickly over and away from the boat to ensure I had plenty of room and didn't hit anything. It was the most sketch hand launch I've had in a while, but knowing I had to get my drone up and away from the boat was helpful. Make sure you pay attention to the wind direction.

Another tip about launching a drone from a boat, if you're downward facing sensors are enabled, you're going to be battling waves when you first take off. The downward sensors don't know the waves below are moving, and may start drifting around. It's a good idea to launch, and fly away from the boat to hover while you get situated and ready to fly.

That is how you hand launch and catch your drone, I remember being stressed out the first time I ever did this, but now I hand catch my drone every time I fly and it's gotten easier and easier to do over the years.